7 Most Famous Churches in Paris 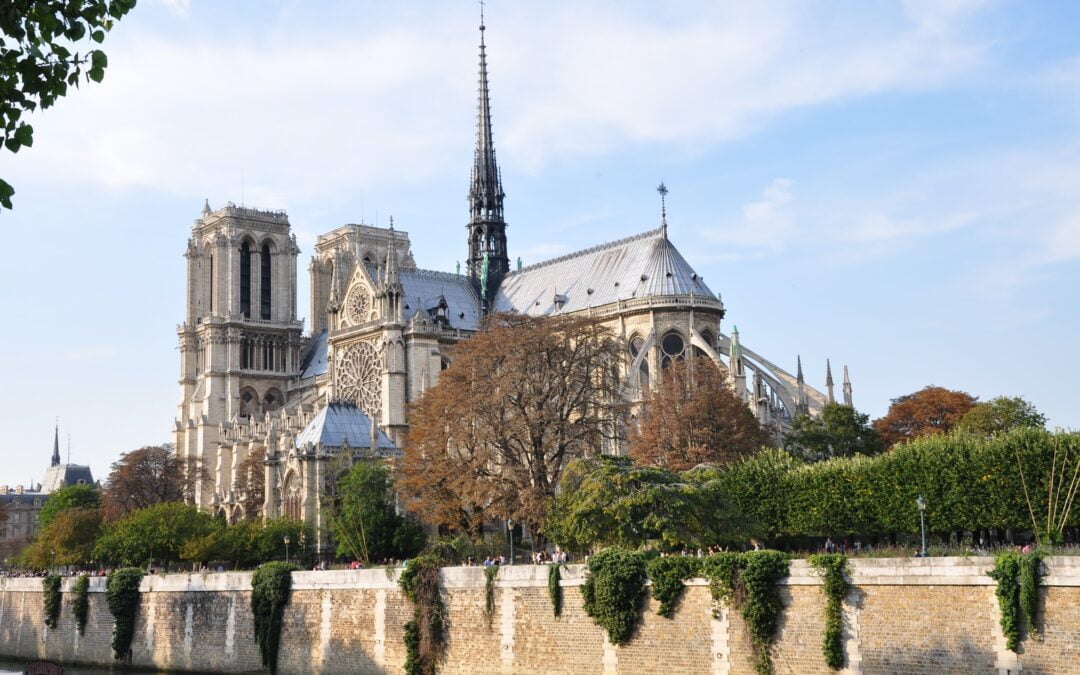 Paris is home to many famous churches. Each offers its own special history and particular architecture. Many of the city’s churches were destroyed during the French Revolution. The remaining buildings underwent intensive renovation and preservation. Here’s a list of the seven most well-known churches you can visit in Paris today.

Probably the most well-known cathedral, its construction started in the 12th century and finished in the 14th century. Its majestic Gothic style captures the essence of Medieval France. Biblical stories are featured everywhere in the building, from its portals and altars to its stained-glass windows. It often hosted organ, choral and other musical concerts at no cost to its visitors.

Before a raging fire in April 2019 caused major damage to the cathedral, it was the single most visited tourist attraction in Paris. Currently undergoing faithful reconstruction, the French government intends to finish the restoration in time for the opening of the Olympic Games in the summer of 2024. 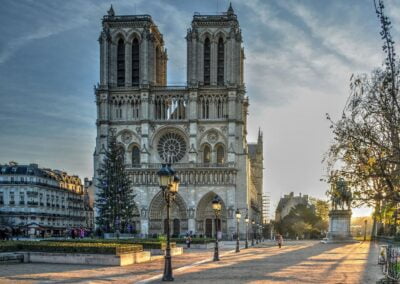 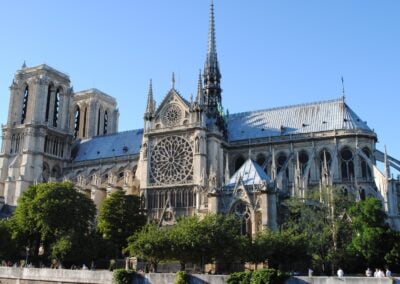 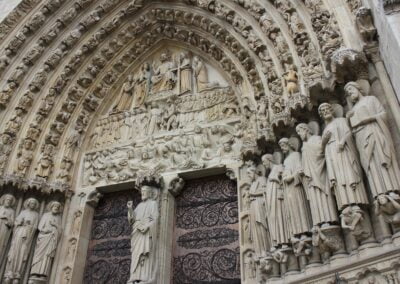 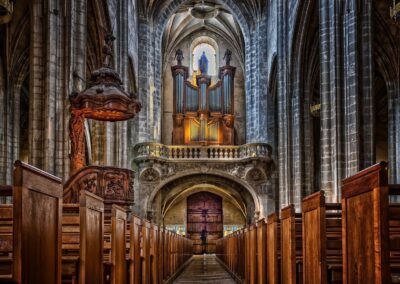 The Basilica of the Sacred Heart of Paris, or Sacré-Cœur, is one of the most popular monuments in Paris. Located at the top of the Montmartre hill, it was built between 1875 and 1914 in a loose interpretation of the Romano-Byzantine style. The basilica is constructed of travertine stone and features one of the largest mosaics in the world.

Visitors can access the top of the dome which offers fantastic views over the city of Paris.

Pictures of the Basilique du Sacré-Cœur 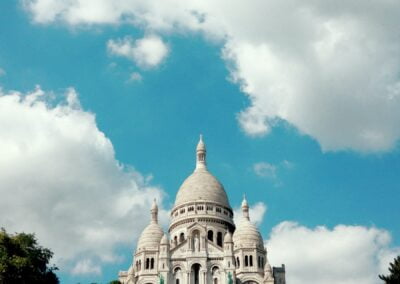 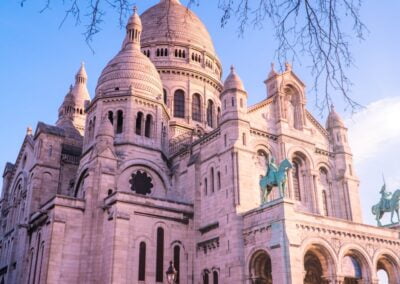 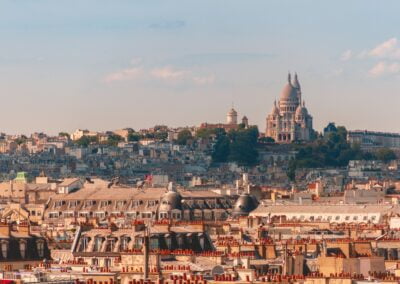 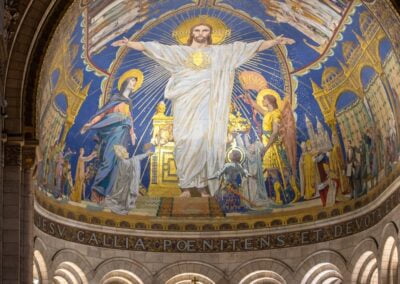 Situated on the grounds of the Les Invalides complex, are the Dôme des Invalides chapel and the Saint-Louis-des-Invalides cathedral. The Dome is the tallest church building in Paris. It is considered to be a prime example of French Baroque architecture. It contains the tombs of some of the most important military leaders, most nobably the tomb of Napoleon. The adjacent Saint-Louis-des-Invalides chapel serves as the national cathedral for the French military. 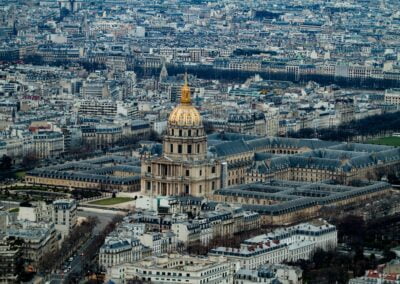 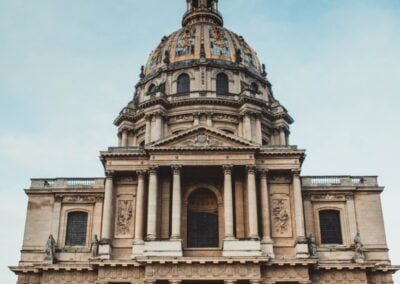 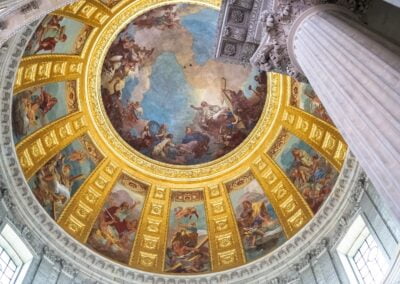 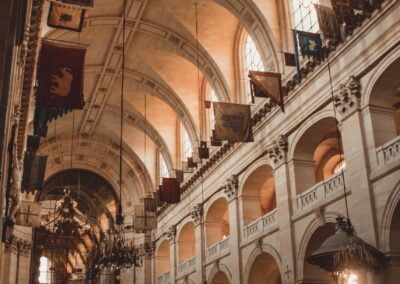 Built by Louis XI in 1246, the “Holy Chapel” was built to hold the Crown of Thorns from Jesus’s crucifixion. Its main features are the sixteen, magnificent, stained glass windows. It’s best to visit on a sunny day and bring binoculars to see the very top of the windows. Like so many other tourist attractions, the Sainte-Chapelle has strict security, so make sure you don’t have anything that could be considered a weapon. The chapel is often crowded, so be prepared to wait in line. You’ll also want to set aside time to study the windows, filled with paintings of bible stories.

Pictures of the Sainte-Chapelle in Paris, France 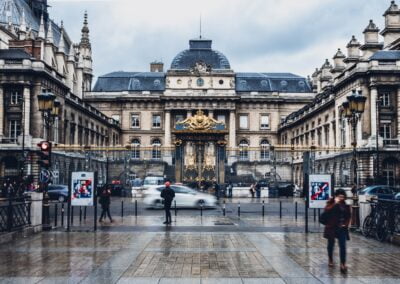 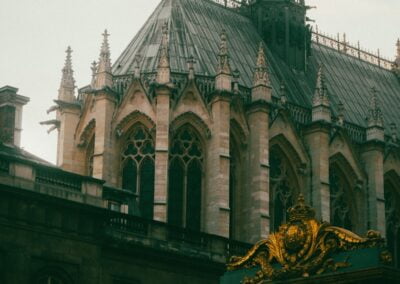 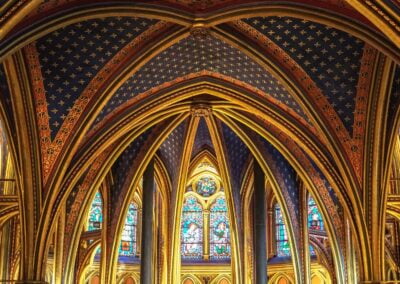 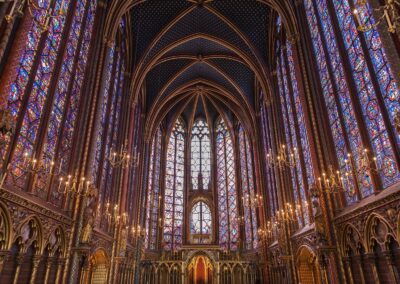 Located near the Notre Dame, it also shares a similar exterior. While the current church was built in 1640, the location has been home to many churches since the early 13th century. It’s most known for its beautiful organ, the oldest and biggest in the city. You can enjoy the music during religious services and weekly concerts.

Pictures of the Church of St. Eustache in Paris 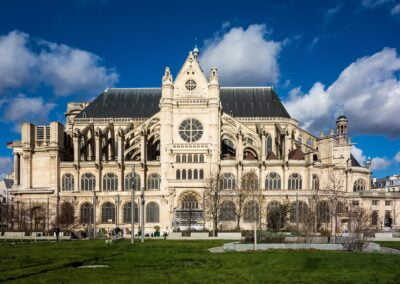 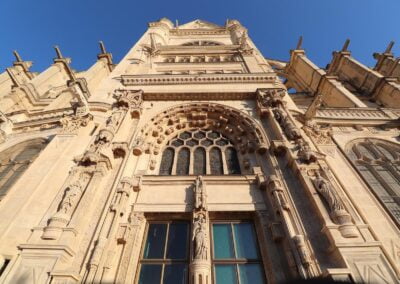 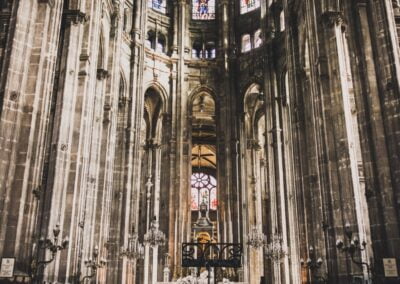 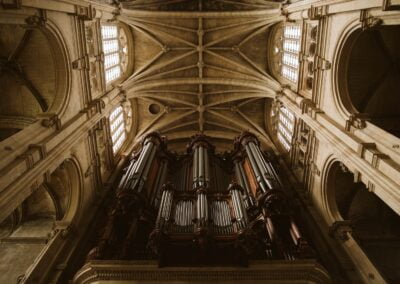 The second largest church in Paris (after Notre Dame), it has become very popular with tourists after being featured in the film, The Da Vinci Code. However, Saint-Sulpice is also well-known for its grand organ, built by one of the 19th century’s best organ builders, Cavaille-Coll.

After Sunday services and organ recital, visitors can climb a spiral staircase to see the inner workings of the organ and speak to the organist. The church features 21 chapels and many wall murals, including three by French painter, Eugene Delacroix.

Pictures of the Church of St. Sulpice in Paris, France 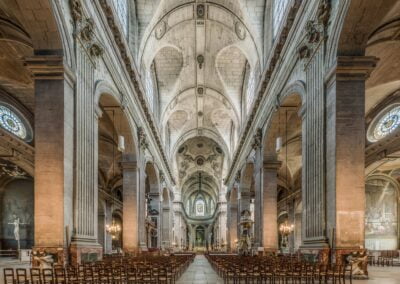 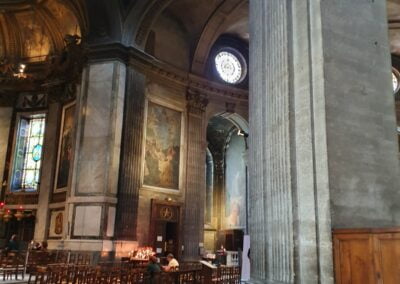 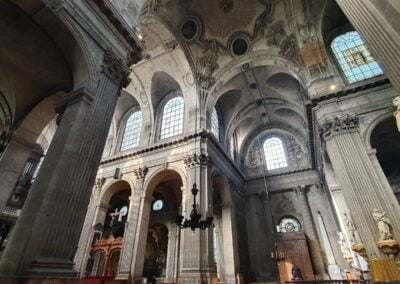 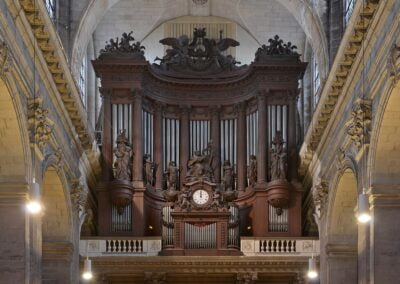 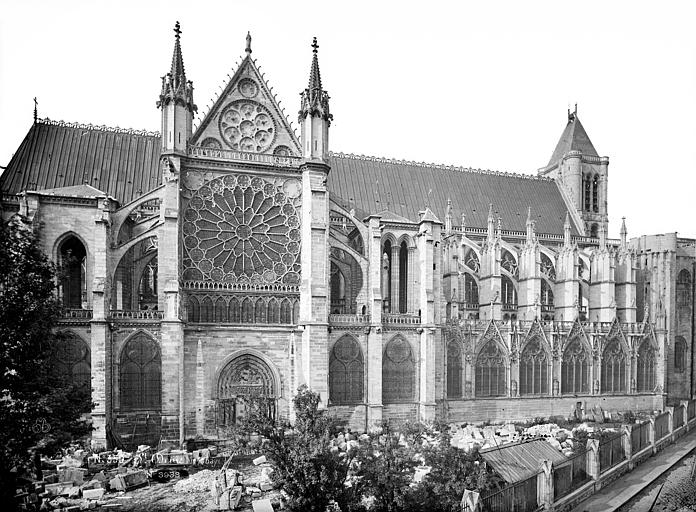 Built in the 11th and 12th centuries, it is one of the oldest churches in the Parisian metro area. The site actually dates back to Roman times when it was a cemetery. In medieval times, Saint-Denis was a large abbey and is currently known as the cathedral of Saint-Denis.

Saint-Denis also well-known for being the ancient necropolis (burial place) to 43 medieval kings and 34 queens.

You can find it just outside of Paris, in the northern city of St. Denis.