Is it A Bistro Or A Brasserie? 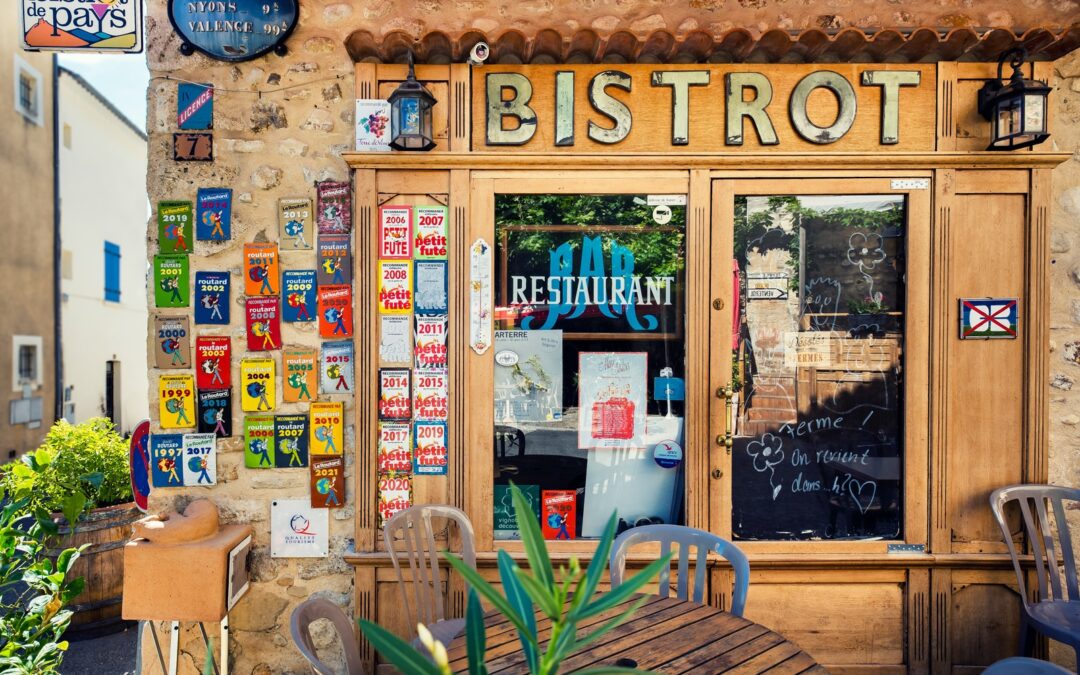 Bistro or Brasserie – What’s the Difference?

If you are planning to be a Paris tourist in the near future it might have crossed your mind: What are the differences, or similarities for that matter, between a French bistro (or bistrot) and a Parisian brasserie?

Whether you’ll be traveling with a significant other to the romantic French capital, as a family or group, or even as a solo visitor, there’s quite a bit to learn about its famed dining establishments.

Although faced with a myriad of choices, for the purpose of keeping this short and sweet, we’ll explore some of the key differences between bistros and brasseries in Paris. They’re may sound interchangeable, but they are not the same by far.

Bistros, the quintessential Parisian diners, are generally cozy, smaller establishments that are suitable for a simple meal in an unpretentious setting. Their menus are limited in choices, and often feature hearty home-style cooking.

Brasseries, on the other hand, are usually larger eateries that are often bustling with activity and lively discussions, in many situations among substantial groups of people. Brasseries typically feature menus that are rather extensive in scope. They frequently serve favorites such as choucroute (a pickled cabbage dish), soup, oysters and beer.

Brasseries have Alsatian backgrounds. “Brasserie” translates to “brewery” in the English language. Brasseries initially were connected to beer production centers.

If you want to have an energetic time, a visit to a bistro in Paris, France may not be optimal. Energetic experiences are undoubtedly suitable for brasserie fans, after all. Bistros in many situations are operated by family members. The father may be in charge of food preparations. The mother of the household, on the other hand, may be at the helm of serving guests all of their meals. If you head to a bistro in Paris, you may notice an abundance of organ meats on the menu. Sweetbreads are an example. Other bistro staples include but are not limited to roasted chicken, little steaks, lentils, white beans and pates. It isn’t uncommon at all to see bistro guests sipping on wines as they consume their meals.

“Bistrot” is another spelling option for bistro. If you walk around the City of Lights for a little while, you may see that spelling quite a lot. Bistro visits can be ideal for Paris tourists who are in the mood for laid-back dining experiences. They can be just as ideal for tourists in the European metropolis who have cravings for French fare that’s rather traditional in feel. Although bistros are generally muted spots, there are definitely some exceptions out there. There are actually some bistros in Paris that are rather posh and chic.

Bistro meal and beverage price tags tend to run the gamut. Some bistros give diners access to economical plates. Others are a bit costlier.

Brasseries often close their doors late in the evening hours. If you’re looking to savor a Parisian meal that’s quiet and romantic in ambience, then a visit to a brasserie may not be optimal. That’s because these eateries are generally the polar opposite of silent and serene. They’re preferable for social butterflies who are enthusiastic about talking and interacting.

There are quite a few widely known bistros scattered all throughout Paris. Josephine Chez Dumonet is just one of them. Prominent brasseries abound in the massive city as well. Many Parisians adore noshing on meals at the beloved Brasserie Flo. This eatery presents diners with many mouthwatering Alsatian plates.

Did we get it right?

If you have some different information you’d like to share please feel free to leave them in the comments. You may also give a shoutout to your favorite Parisian Bistro or Brasserie. Merci!